Run Your Business, Don’t Let it Run You

Run Your Business, Don’t Let it Run You

Working long hours, not getting enough sleep, eating food based on what’s convenient, and missing out on time with your family… These and other stressors can be draining for a small business owner: physically, emotionally, and mentally. At times, it may even seem you have to keep sacrificing your health for the sake of your business.

But health and running a successful business can—and should—go hand-in-hand. Being more intentional about how the hours are used outside of 8-5 can also help your company’s performance.

We sat down with John Meredith, President and Owner of SaverSystems, and Scott McGohan, CEO at McGohan Brabender, to talk about their approaches to creating a lifestyle that is both fulfilling and sustainable. During our conversation, we learned approaches they use to prioritize their health and learned why they carve out time for reading on a daily basis.

Putting a Priority on Health & Well-Being

“Leaders have tons of energy and they are relentlessly thinking about innovation. But often, leaders neglect their own health,” explains Scott. Scott’s company, McGohan Brabender, provides innovative solutions in the health benefits arena.

“Leaders have a lot of obligations running an organization—an obligation to their employees, an obligation to their families, and [to their organization],” he explains. When a leader neglects his or her own health, it can be a problem since so many others are counting on them and looking up to them, says Scott. “We see this when a business owner or an entrepreneur passes away unexpectedly, or if they have a heart attack. It causes the organization to be posed with liability it can’t afford, or families to have to deal with estate planning that potentially hasn’t been addressed,” says Scott. “Ultimately, it can even result in fear in employees, who may wonder, ‘What’s going to happen to this organization?’”

There was a time, almost ten years ago, in which Scott had put on more weight than he was comfortable with. He didn’t have the emphasis on the same healthy lifestyle he has today: “For the most part, a lot of [the issue] was how I felt about myself on the inside.” For Scott, part of the change had to do with self-reflection and asking, “Why am I letting this happen? Why is this going on in my life?” He found that for him, he needed to change how he thought about and approached nutrition and food. “I had to look at food more as fuel. Just like with our cars, where our cars need fuel to move—I need food as fuel to move.”

At the time he wasn’t giving a lot of consideration to what he was eating. “I never really respected food, so I used food to make me feel good instead of as fuel. I had to unpack, what does food do in my life? And how big of a fuel tank do I need during the day?” To help manage his other daily stressors, he started spinning, which he normally does in the evenings.

“It just helps me unwind the day. Then I might sit in a sauna for about 30 minutes and then just meditate what went well that day or what happened that day that didn’t go so well,” he says.

John says over the years, his focus on his own heath has ebbed and flowed, but he’s always been extremely healthy. Like Scott, he also takes time to exercise. John has found recreational exercise, a focus on nutrition, and working to get enough sleep are all factors that support his day in and day out health.

“I’ve been very blessed and fortunate that way,” says John. “If my energy level is down, I certainly think at some point, it could affect the culture of the business and ultimately affect the bottom line, so I work to get enough sleep so I do not get out of my routine.”

John models the way through his own behavior, but through a bit of trial and error, he has also found other ways to help promote healthy habits at his company, SaverSystems.

Besides having nutritionists and education that is readily available for staff that is interested, John says they also put a ping pong table in their office to encourage a bit of movement throughout the day.

The company has since discovered that people are getting in up to 15 minutes of aerobic exercise with each game—with the added benefit of helping productivity, not hindering it. “There have been a lot of friendly rivalries and people play a lot of doubles and things like that,” he says, and they even have a robot that can play if no one else is up for a game. “If you’re sitting in front of your computer all day, sometimes you just need to walk away from it. This just provides a healthy outlet, a way to let off a little steam, if you will, and that’s really helped all of us.”

The company had equipment including treadmills in the past, but he’s found greater success in office activities that can be seen as a game. “I also hired an Olympic ping pong coach to come in and coach us all. It took it to another level. It’s a lot of fun and we really enjoy it.”

“As a leader, it might be your number one responsibility: you need to be a ferocious reader and relentless continual learner,” says Scott. “You can’t do that on your own. We might have gotten far, flying by the seat of our pants, but there’s a lot of smart people out there that have really good ideas and we’ve got to make sure that we’re relentlessly looking forward.”

Scott says reading is one way to help make sure that you aren’t looking back on what has been done, or what worked in the past. Reading can help business owners be sure they are looking forward and that they are getting knowledge from other industries and businesses. “It can help provoke people to think differently about the business. That includes our employees, that includes our customers, that includes our prospects. Quite frankly the only way you can get that asset is to read,” says Scott, who will read everything from Harvard Business Review to blogs, to resources on Twitter and LinkedIn.

“Some advice that was given to me a while ago was to just jump off the grid every once in a while—and just read a novel. Just get your head completely out of the game, and just go off the grid. That’s been really helpful for me,” he adds.

John says that it is the time before or after work where he really gets the best ideas. “The big things in life you do from 5 to 9. That’s when you build relationships, that’s when you work on all the things you need to be working on. That’s when you have your great ideas to [move] your business forward, so many times,” says John. “Even if it is just half an hour in the evening, just a little something every day to keep moving forward.”

John also uses Audible so that while he is traveling for work, he can keep listening to what he’s currently reading. If it’s a book he wasn’t reading, and he finds it valuable, he’ll often go back to the book, buy it, and re-examine certain sections.

“Business changes so rapidly. It’s not the big versus the small, it’s the fast versus the slow,” says John. “I have found business to be very fast-paced, and we really need to always be reading and learning.”

John Meredith is a fourth-generation Hoosier and a 30-year veteran CEO of SaverSystems, a manufacturing company he founded in Richmond, IN.

SaverSystems makes specialty coatings for concrete, masonry, and wood that are sold internationally. John is recognized nationally as an expert in chimney maintenance, safety, and restoration. Their chimney maintenance and restoration products have been used at many prestigious and historic sites, such as the Indiana Governor’s mansion, Biltmore Estate, and the White House. John holds numerous patents and his company has won five industry awards for product innovation. In 2015, he was inducted into the Eastern Indiana Junior Achievement Business Hall of Fame for his business accomplishments and community leadership.

John’s special interests include mentoring young business owners, sailboat racing, and spending time with his grandchildren. He married his high school sweetheart (Gayla) 35 years ago and has three adult children, all active at SaverSystems (which keep his six grandchildren close).

Scott McGohan is the CEO of McGohan Brabender. He works on vision casting, strategy alignment, and leadership deployment. He has been with McGohan Brabender since 1988, starting as Tim Brabender’s assistant. He moved into sales and had a real passion for marketing. He led the sales team at McGohan Brabender for several years including driving marketing for the organization. As a business leader, it is always about people for Scott—always has been and always will be.

Scott believes that understanding your core is the essence of transformation. That includes being vulnerable about both your strengths and weaknesses. He believes people need to see leaders make mistakes, own them when they do, and teach people through success and failure. Scott believes you cannot threaten, coerce, or reward people to care. You can only awaken the desire inside of them and give them permission and encouragement to do so. Products are delivered by people, and when people believe in themselves they will believe in your product.

If you find yourself struggling to stay focused on what really matters in your business and in your personal life—or identify what really matters in the first place—start to get focused with Discovery. Discovery is a free, 45-minute, one-on-one conversation with an Aileron representative to discover what’s possible and leave with a clear path forward.

Discover How Aileron Could Help. 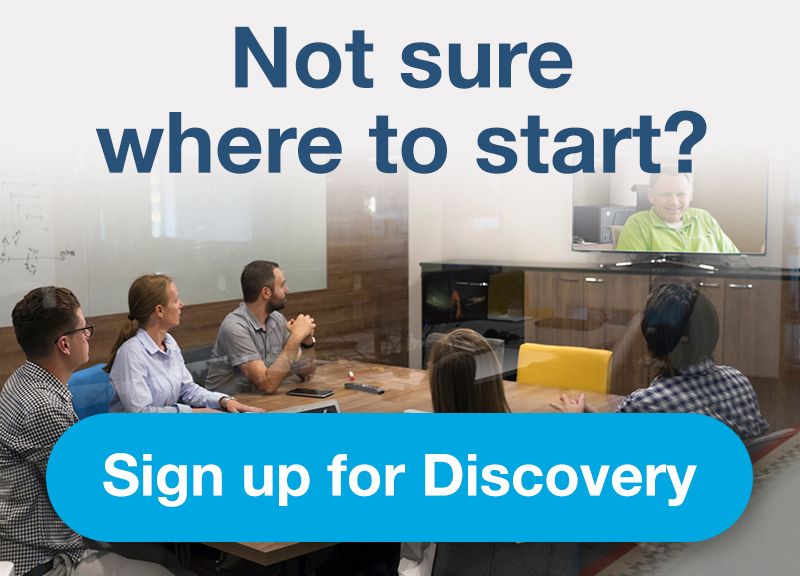